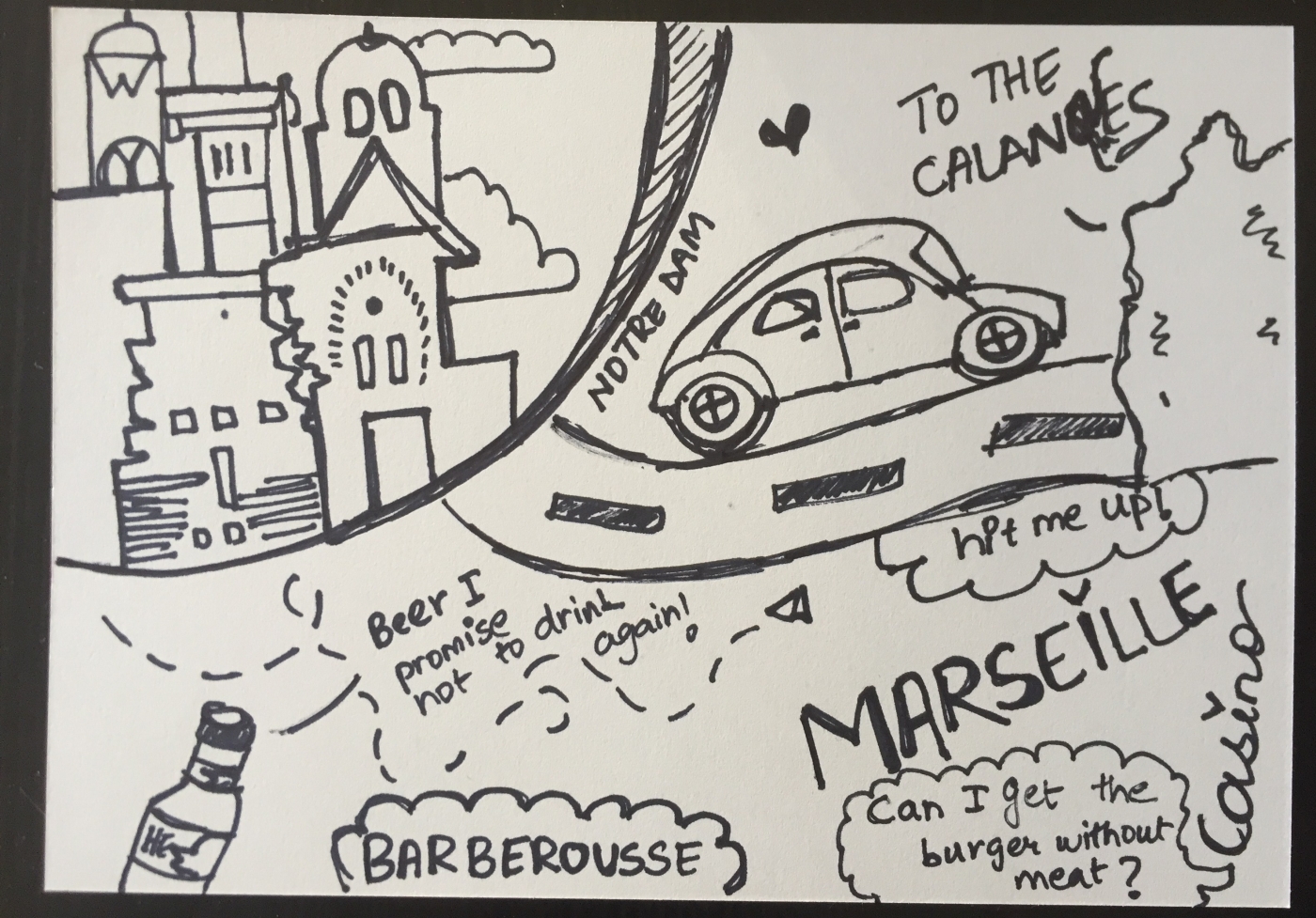 “One of the great things about travel is that you find out how many good, kind people there are”

And my, have I been lucky with this!

I must have done something right to find people who plan some great adventures with practically no effort from my side except showing up. When I told my dear friend Rohan about moving to Europe, we already knew that there was a travel plan around the corner. To give you a quick background, Rohan and I went to the same school, but spoke to each other only a of couple of years back when a common friend planned a get together. Rohan has been living in France for the past 6 years and as soon as I told him the dates for my spring break, there was an itinerary for the whole week along with links to book the tickets (no guys, I don’t know what I did to deserve this amazing human)

Having visited the eastern and central parts of France, Rohan thought it would be a great opportunity to explore the southern part. As he has been living in Aix en Provence for the past few years, I couldn’t think of a better person who would help me experience the place like a local. The only obvious thing left to do was get that indispensable little plastic ready.

On 30th March, I had a train from Geneva to Aix-en-Provence with a change in Lyon. I left early from Bluche with the hope of exploring Geneva. And like I had learnt nothing from living in Europe for three months, I forgot to check the weather forecast. Heavy rains in Geneva meant I was walking aimlessly from one corner of the station to another for about four hours, accounting for my first misadventure. I did not even realize there was a shopping complex in the station, beyond the Body Shop and Starbucks stores that I could see (just for a future reference, in case something like this happens to any of you).

Thanks to the Swiss and their impeccable timing, at 17H 20, my train departed for Lyon, and I was beyond happy.

It was short lived.

When the ticket collector approached, I had absolutely nothing to worry about because I had diligently brought a print out of my ticket instead of relying completely on my phone that turns off right when necessary (oh, what would this world be like without power banks?!) I was all smiles until the collector started to scan through that one page of information longer than required. I don’t know if she could see my behavior change from overconfident to nervous wreck because she finally decided to break it to me that my ticket was not valid.

Naturally, my first thought was ‘I’m going to be debarked from a moving train.’

So I tried to present every possible Identification Card, (I think even my Aadhaar card was in there) to prove to her that the name on the ticket belonged to me. That the date was the day I was traveling. But apparently, nothing was good enough for her because the “QR Code” was missing. Because obviously there is no value for actual text anymore. Come on woman! I am not even out of Switzerland yet!

The only solution I was given was to buy a new ticket!

A new ticket? I already spent 70 euros on the actual one! But 50 euros didn’t seem like much in front of the monster of being debarked.

However, that’s not where the problem ended. I had a half an hour layover in Lyon, where I had to get the “new” and “valid” ticket printed. So I went to the SNCF office in Gare de Lyon, only to be told that my ACTUAL , NO QR CODE ticket was completely valid and it was totally unnecessary to buy a new one. Now, for those of you who might be wondering why I didn’t just fight with the ticket collector in the first place – because the only scenario that stood out to me was how much money my parents had spent in sending me for a masters and would I rather be deported (I can always be overly dramatic) or shell out another 50 euros.

So in short, misadventures – 2,3,4 were – buying a new ticket, being told there was no need to buy a new ticket, then finally getting the new one printed and running back and forth in Gare de Lyon to get my REFUND. Yes, all in 30 minutes. Did you also know that I had only five minutes to figure out which platform, compartment and seat I had to get to. Quite the achievement, I thought (not really, a french couple were extremely generous to help me figure it out).

And the final misadventure, my TGV of all things was delayed by about 40 minutes, which meant Rohan, the extremely kind and chivalrous soul had to wait for over two hours for me because he got there earlier than expected.

I don’t know if I told him enough, but I was so happy to see him after that long, stressful day (filled with first world problems).

So on my first night in Aix, Rohan gave me a taste of the nightlife there. It was great to be away from Bluche and experience vibrancy! Aix-en-Provence is the perfect blend of a city life and and calmness. With a strong student population, Aix-en-Provence couldn’t be more perfect for youngsters. After meeting Rohan’s friends, who were some of the most warm and welcoming people I have come across! I had one of those days with the right kind of people, the right atmosphere and the right amount of drinks (can never be too many, can there?!)

Rohan would do exceptionally as a Superhost. He already had a day of adventure planned out. To be very honest, I knew I was in for a surprise, just to what extent – I was about to find out!

The drive from Aix-en-Provence to Marseille was absolutely incredible. Throughout the drive, Rohan kept saying “this is just the teaser, wait for the real thing.” He couldn’t have been more right, because Marseille just kept outdoing itself. Here’s why:

I was in love. Marseille took less than 30 seconds to make it to my list of favorite places. I feel like I could walk for hours in the city, and still not get enough of it. A port city, and the second largest in France, Marseille has been a crossroads of immigration and trade since its founding by the Greeks circa 600 B.C. And right at its heart, the Vieux-Port or Old- Port was our playground for the day.

After brunch, we started walking through the town to get to the Notre-Dame-de-la-Garde (Time for a hike!)

A symbol of Marseille, the Notre-Dame is a Catholic Basilica, built on the foundations of an ancient fort at the highest natural point in Marseille, a 149 m (489 ft) limestone outcropping on the south side of the Vieux-Port, and happens to be the most visited site in Marseille.

Rohan: This is just the teaser, just wait for the movie!

Rachna: How can it possibly get better than this?

And by this, I was referring to: 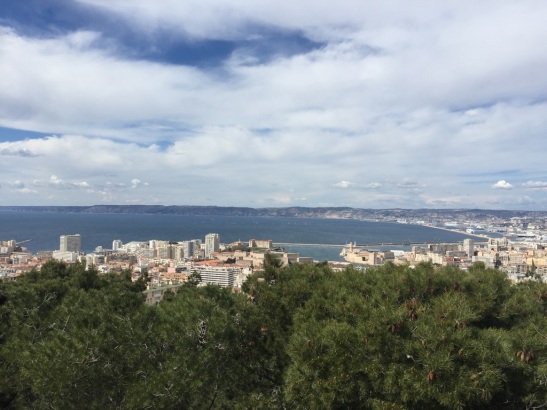 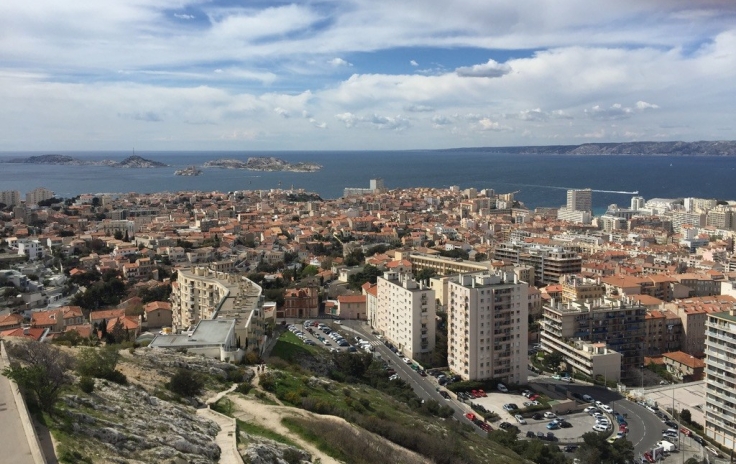 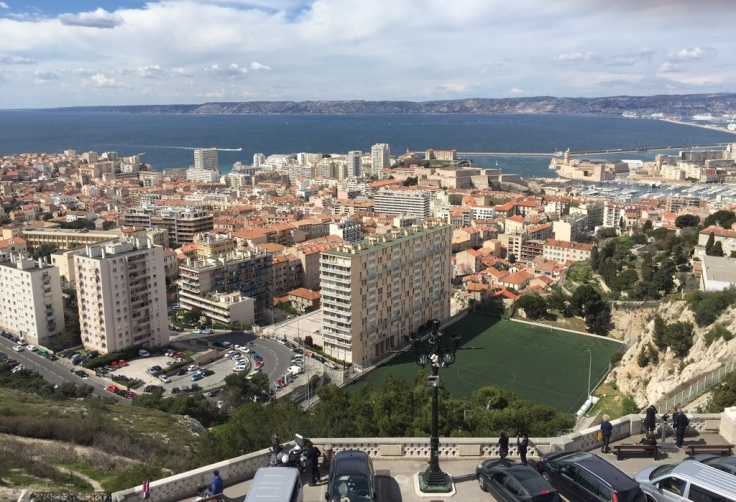 This magnifique structure offers the greatest panoramic views of the city. The construction of the Basilica began in the year 1852 and lasted for 21 years. There’s a large statue of the Virgin Mary on the bell tower. It was made by the sculptor Lequesne in bronze with gold leaf in the Christofle studios in Paris and put in place in September 1870. Le musée d’art sacré  in Notre-Dame de la Garde opened in 2013 to tell the story of the basilica.

Incredible, isn’t it? Like with most stunning views, I cannot do justice to it with these photographs. Marseille ranks high on my places to visit, and if anyone is planning a trip to France, I urge you to explore the southern part first.

I kept stalling Rohan when he said it was time to head back. I never thought I would try my luck so hard with “Five more minutes, please!” Saying goodbye to a place you fall in love with is never easy, but there is always the hope of going back. 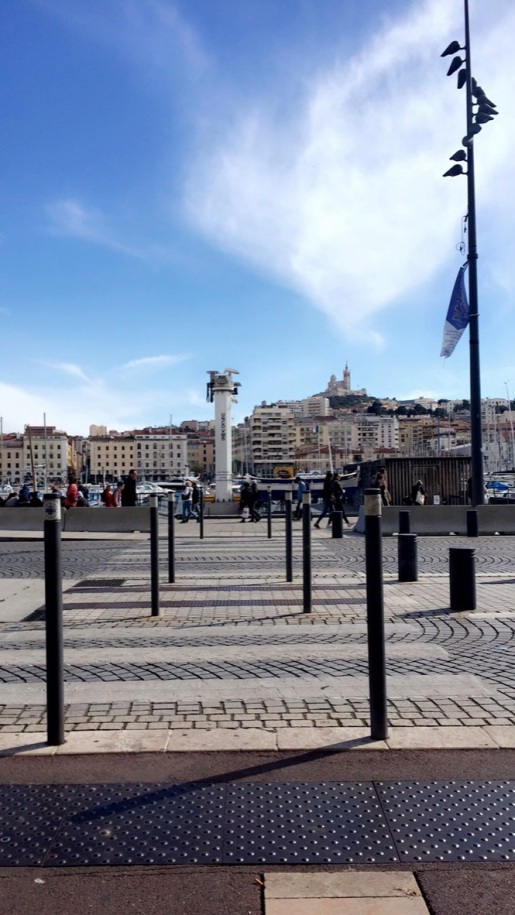 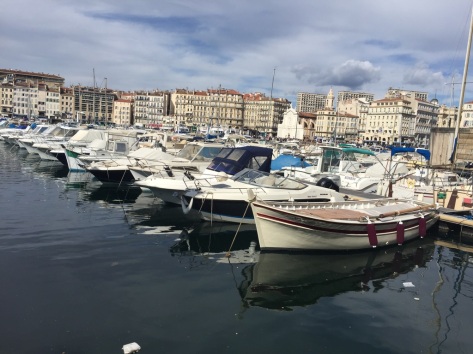 With an equally fun drive back, the next thing on our agenda was watching a movie with Rohan and his friends. I loved the thought of going to a theatre after months (thanks to Bluche, I need to go to another town to find one!)

After Steven Spielberg’s Ready Player One, good food at a cafe (and the struggle of finding me vegetarian food) it was time to call it a night.

I was already having a tough time getting over the gloriousness of the previous day, and was not sure I could handle more of those insane views. But Rohan being Rohan had already planned something (which I was sure, was going to be nothing short of epic) We also had the pleasure of being accompanied by his friend Matthieu. And yet again, we set out on a picturesque drive.

Nestled between rocky headlands, a string of crystal-clear coves await you. Venturing towards the south of Marseille will lead you to the Provence’s prettiest beaches trapped in the Massif des Calanques.

After hiking for a couple of hours, we found the golden pot at the end of the rainbow. 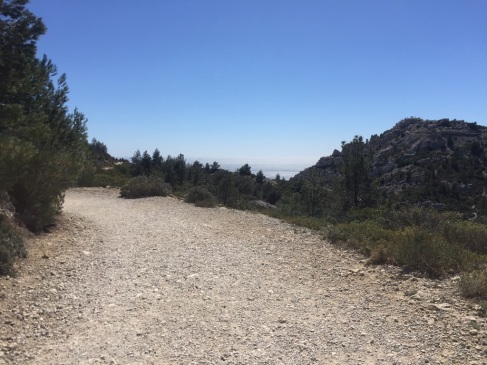 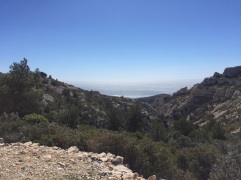 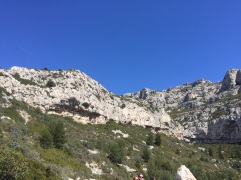 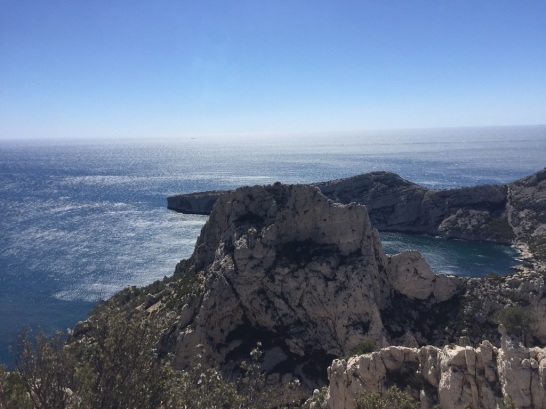 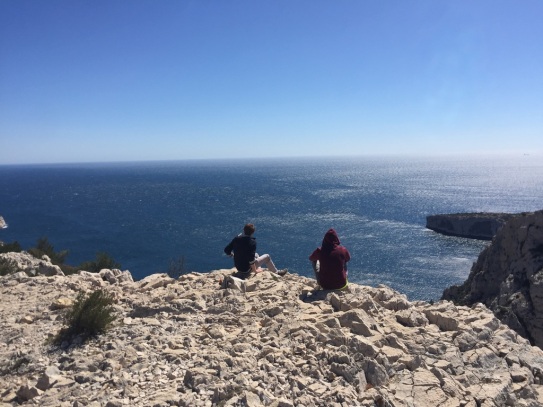 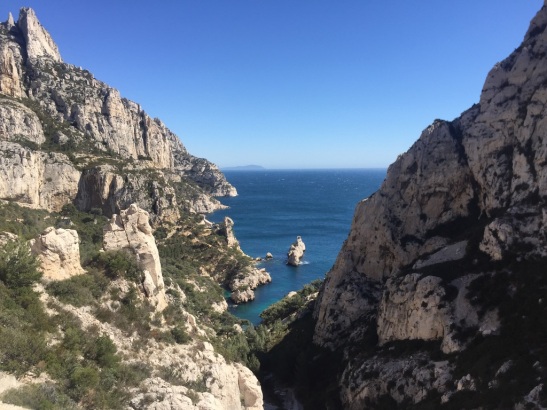 Overwhelming would be an underestimation. I was so spellbound by the place that I couldn’t bring myself to say the right words or even react. I just stood there trying to capture every inch of the place in my mind.

I was lucky to have Rohan who could drive me up to the place. Alternatively, for those of you visiting, there are options of taking a boat ride. You can read more about it here or make bookings on this link.

I cannot stress enough on how magnificent this place is, and I hope the pictures give you an idea of why I feel so and why it should make it to your bucket list.

Back in Aix-en-Provence, we had the perfect end to my short, yet incredibly sweet trip with a movie night and some good food.

P.S. I will do a quick tips on how and where to book tickets (with QR Codes at the end of Part II)